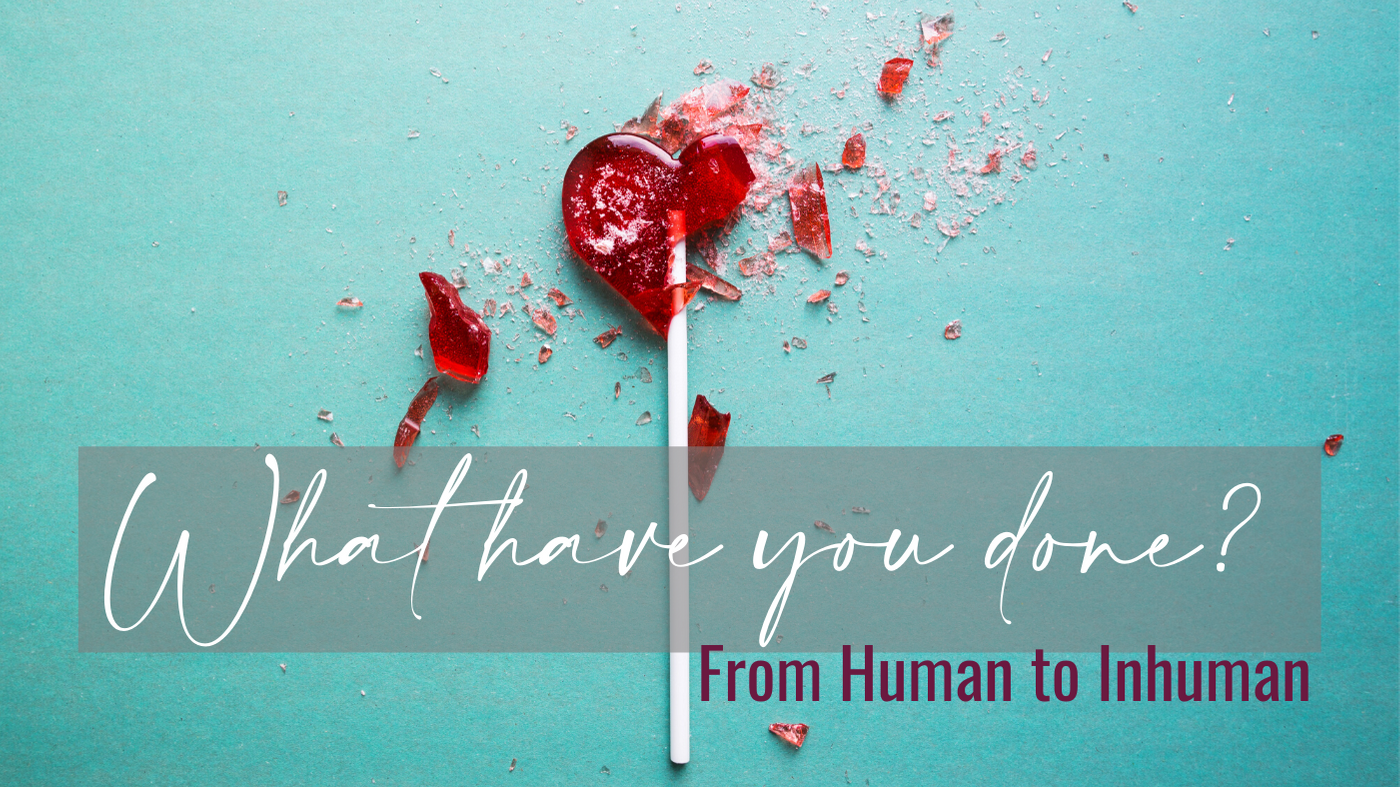 This is not okay. Not even in the slightest.

You see, I am surrounded by a great church and a great community of friends… and to be really honest, when I’m with them (as when I’m with Jesus) I feel like it’s heaven on earth. Literally. There is no dissension… distrust… argumentative nature… opposition… racism… There is only love… grace… and truth. I love that our church family is actually living out the vision statement of our church.

So, when I hear of these obscene, awful, dehumanizing things that have occurred and are continuing to occur across our nation… I am sucked back to the reality that we still live in the fallen world. That the Kingdom is here… but has not fully arrived…  And that although I experience little pieces of heaven on earth that last for days… we are still surrounded by sin and hatred. And it makes me furious.

The fact that a man could treat another man this way makes me violently ill. The video footage made me so angry I wanted to jump through the screen and body check the cop. And I’m not usually prone to violence by any means… but the injustice and brutality was disgusting to me.

And I think that’s just it. What God created us to be- in His Image (literally meaning in the Hebrew that we are his graven image here on Earth), we keep reducing ourselves to inhumanity through how we treat each other. We keep repeating the same sin over and over. Let’s go back… clear back… shall we?

If we flip our Bibles back to Genesis 4, we see that God wasn’t happy with Cain’s sacrifice. Why? Notice something that I’ve bolded for emphasis.

When it was time for the harvest, Cain presented some of his crops as a gift to the Lord. Abel also brought a gift—the best portions of the firstborn lambs from his flock. The Lord accepted Abel and his gift,  but he did not accept Cain and his gift. This made Cain very angry, and he looked dejected.

Cain only brought some (not the firstfruits, nor the best fruits… just some) of his crops as a gift. And Abel? That nice guy brought the “best portions” of the “firstborn” lambs. He brought the best. And Cain knew it. Jealousy ensued… and developed into anger towards God and hatred toward his brother. God immediately noticed; he still cares for the brother pouting in the corner.

“Why are you so angry?” the Lord asked Cain. “Why do you look so dejected? You will be accepted if you do what is right. But if you refuse to do what is right, then watch out! Sin is crouching at the door, eager to control you. But you must subdue it and be its master.” 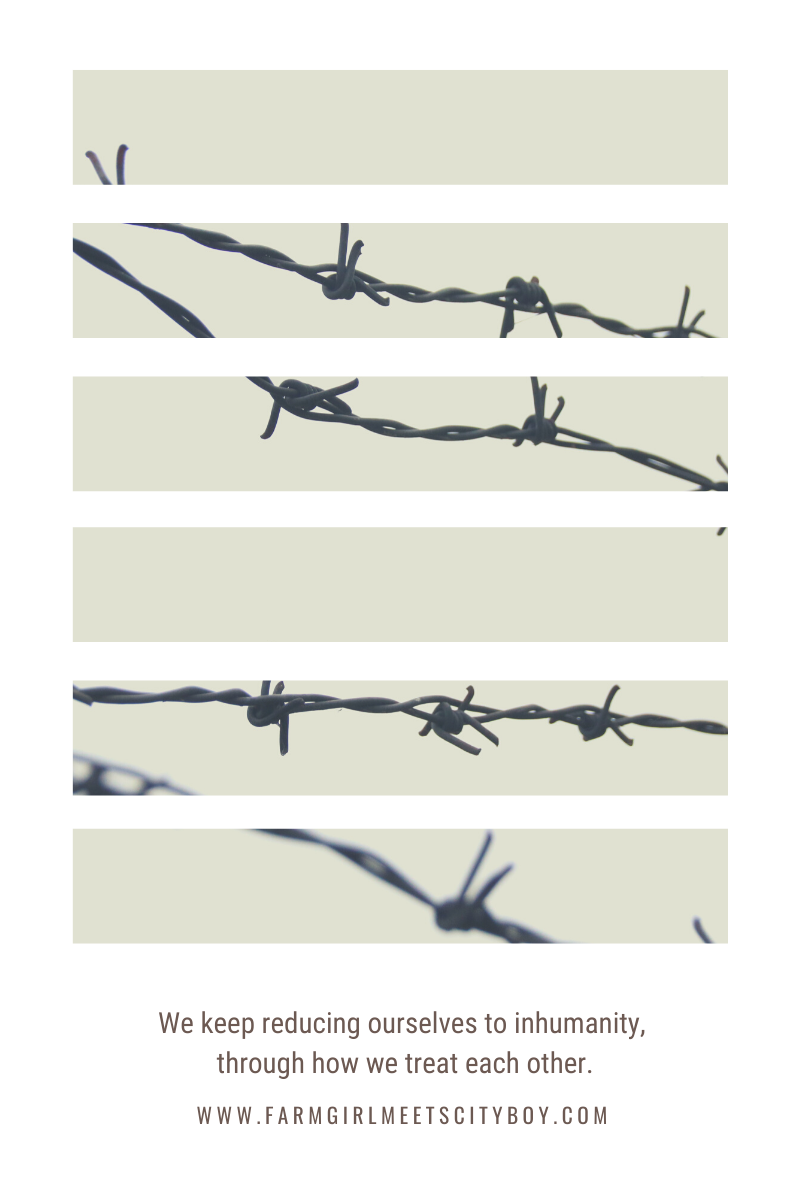 God was right. If we cannot subdue our hatred… sin controls us. Down to a knee in the neck. Police stations on fire. African-American children needing to hear and obey “The Talk” in the hopes that they won’t be the next victim. Society as a whole being completely distrustful across our races.

But it seems that somehow sin wins… again and again.

One day Cain suggested to his brother, “Let’s go out into the fields.”  And while they were in the field, Cain attacked his brother, Abel, and killed him.

Even with Cain’s jealousy and murder of Abel, God still cared for him. Which is very hard for most of us to wrap our heads around. There’s no mention of how Adam and Eve reacted. I can only imagine the horror they must have felt when they heard the news.

Afterward the Lord asked Cain, “Where is your brother? Where is Abel?”

“I don’t know,” Cain responded. “Am I my brother’s guardian?”

Cain replied to the Lord, “My punishment is too great for me to bear!  You have banished me from the land and from your presence; you have made me a homeless wanderer. Anyone who finds me will kill me!”

The Lord replied, “No, for I will give a sevenfold punishment to anyone who kills you.” Then the Lord put a mark on Cain to warn anyone who might try to kill him. So Cain left the Lord’s presence and settled in the land of Nod, east of Eden. 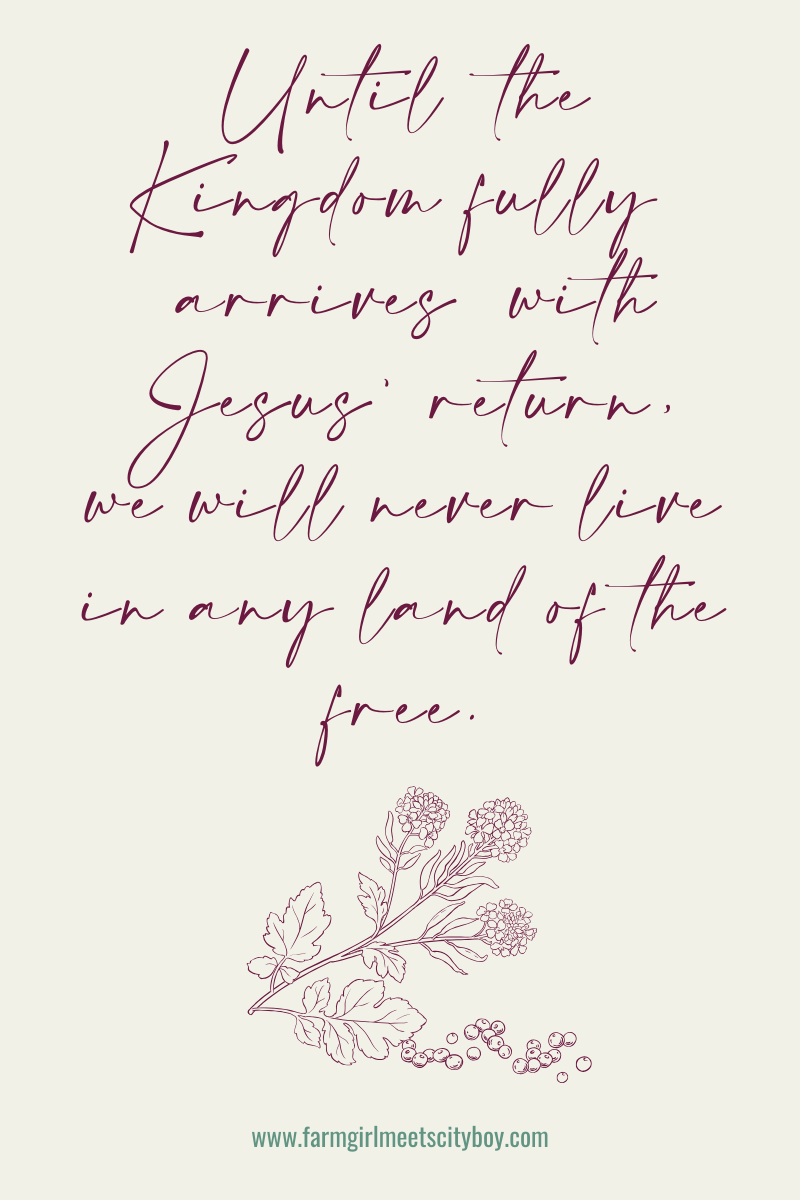 My heart thuds when I listen to God’s words in this passage. Over and over, He keeps pointing Cain back to the fact that his victim was his brother.  Isn’t that what we all are essentially? Family? Tribes? Nations? And Cain’s response is once again- all about him. He’s worried that he’ll be killed by another human. And God still protects his life. God still values and loves Cain, who murdered his own brother.

Why do we keep doing this to each others? These horrific acts against God’s own image? We are supposed to live in the Land of the Free… but the more I know and understand… the more I know it’s untrue. Until the Kingdom fully arrives with Jesus’ return, we will never live in any land of the free. We will never be fully free of any of this sin until we lay down at the feet of Jesus and ask for his forgiveness. Confess all the injustice we are apart of- through affiliation or not. And determine, once and for all to follow after Jesus… every step of the way.

But- still- we must do better. We must love more. We must forgive over and over. We must write these names upon our hearts and speak out. We must stand up for anyone who is being bullied or  terrorized due to the color of their skin. We must stand up for what Jesus asked of us: to love our neighbor and pray for those who persecute us. We must yell from the rooftops that there is no room for racism in our nation nor in the Kingdom. I don’t know how exactly… but I’m going to take a stand today.

And those who never even made a headline…